Stare Into The Lights My Pretties > apple

Your Computer Isn’t Yours

On modern versions of macOS, you simply can’t power on your computer, launch a text editor or eBook reader, and write or read, without a log of your activity being transmitted and stored. It turns out that in the current version of the macOS, the OS sends to Apple a hash (unique identifier) of each and every program you run, when you run it. Lots of people didn’t realize this, because it’s silent and invisible and it fails instantly and gracefully when you’re offline, but today the server got really slow and it didn’t hit the fail-fast code path, and everyone’s apps failed to open if they were connected to the internet. Because it does this using the internet, the server sees your IP, of course, and knows what time the request came in. An IP address allows for coarse, city-level and ISP-level geolocation, and allows for a table that has the following headings: Date, Time, Computer, ISP, City, State, Application Hash; Apple (or anyone else) can, of course, calculate these hashes for common programs: everything in the App Store, the Creative Cloud, Tor Browser, cracking or reverse engineering tools, whatever.

This means that Apple knows when you’re at home. When you’re at work. What apps you open there, and how often. They know when you open Premiere over at a friend’s house on their Wi-Fi, and they know when you open Tor Browser in a hotel on a trip to another city. “Who cares?” I hear you asking. Well, it’s not just Apple. This information doesn’t stay with them: These OCSP requests are transmitted unencrypted. Everyone who can see the network can see these, including your ISP and anyone who has tapped their cables. These requests go to a third-party CDN run by another company, Akamai. Since October of 2012, Apple is a partner in the US military intelligence community’s PRISM spying program, which grants the US federal police and military unfettered access to this data without a warrant, any time they ask for it. In the first half of 2019 they did this over 18,000 times, and another 17,500+ times in the second half of 2019.

This data amounts to a tremendous trove of data about your life and habits, and allows someone possessing all of it to identify your movement and activity patterns. For some people, this can even pose a physical danger to them. Now, it’s been possible up until today to block this sort of stuff on your Mac using a program called Little Snitch (really, the only thing keeping me using macOS at this point). In the default configuration, it blanket allows all of this computer-to-Apple communication, but you can disable those default rules and go on to approve or deny each of these connections, and your computer will continue to work fine without snitching on you to Apple. The version of macOS that was released today, 11.0, also known as Big Sur, has new APIs that prevent Little Snitch from working the same way. The new APIs don’t permit Little Snitch to inspect or block any OS level processes. Additionally, the new rules in macOS 11 even hobble VPNs so that Apple apps will simply bypass them.

While the rest of the U.S. economy languished earlier this year, the tech industry’s biggest companies seemed immune to the downturn, surging as the country worked, learned and shopped from home. From a report:

On Thursday, as the economy is showing signs of improvement, Amazon, Apple, Alphabet and Facebook reported profits that highlighted how a recovery may provide another catalyst to help them generate a level of wealth that hasn’t been seen in a single industry in generations. With an entrenched audience of users and the financial resources to press their leads in areas like cloud computing, e-commerce and digital advertising, the companies demonstrated again that economic malaise, upstart competitors and feisty antitrust regulators have had little impact on their bottom line. Combined, the four companies reported a quarterly net profit of $38 billion.

Amazon reported record sales, and an almost 200 percent rise in profits, as the pandemic accelerated the transition to online shopping. Despite a boycott of its advertising over the summer, Facebook had another blockbuster quarter. Alphabet’s record quarterly net profit was up 59 percent, as marketers plowed money into advertisements for Google search and YouTube. And Apple’s sales rose even though the pandemic forced it to push back the iPhone 12’s release to October, in the current quarter. On Tuesday, Microsoft, Amazon’s closest competitor in cloud computing, also reported its most profitable quarter, growing 30 percent from a year earlier. “The scene that’s playing out fundamentally is that these tech stalwarts are gaining more market share by the day,” said Dan Ives, managing director of equity research at Wedbush Securities. “It’s ‘A Tale of Two Cities’ for this group of tech companies and everyone else.”

Apple in Talks to Buy Cobalt Directly From Miners

Apple Inc. is in talks to buy long-term supplies of cobalt directly from miners for the first time, according to people familiar with the matter, seeking to ensure it will have enough of the key battery ingredient amid industry fears of a shortage driven by the electric vehicle boom… 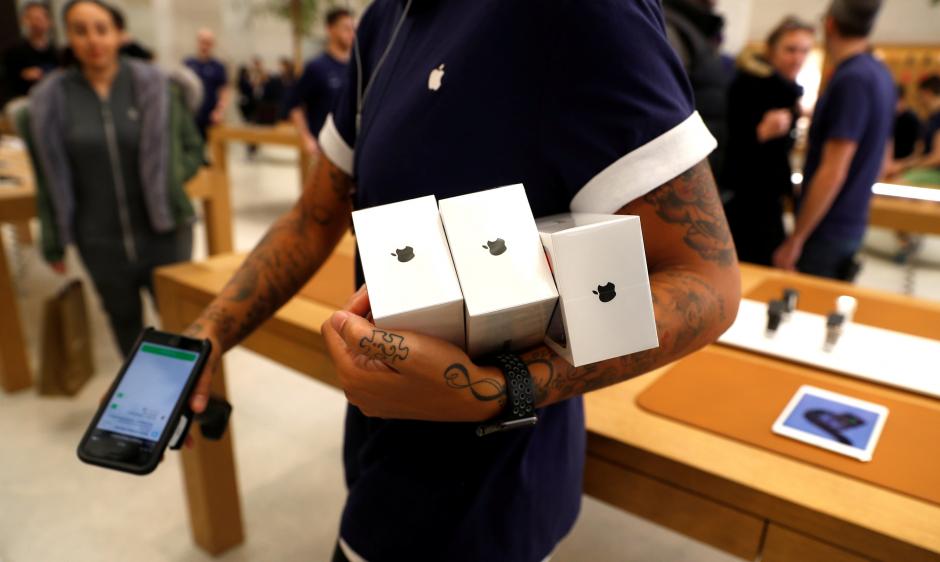 “How Apple Is Putting Voices in Users’ Heads—Literally”

“… a collaboration between Apple and Cochlear, a company that has been involved with implant technology since the treatment’s early days … announced last week that the first product based on this approach, Cochlear’s Nucleus 7 sound processor, won FDA approval in June—the first time that the agency has approved such a link between cochlear implants and phones or tablets.

Those using the system can not only get phone calls directly routed inside their skulls, but also stream music, podcasts, audio books, movie soundtracks, and even Siri—all straight to the implant.

It connects with hearing aids whose manufacturers have adopted the free Apple protocols, earning them a “Made for iPhone” approval. Apple also has developed a feature called Live Listen that lets hearing aid users employ the iPhone as a microphone—which comes in handy at meetings and restaurants.An iPhone or iPod Touch pairs with hearing aids—cochlear and conventional—the same way that it finds AirPods or nearby Bluetooth speakers.

Merging medical technology like Apple’s is a clear benefit to those needing hearing help. But I’m intrigued by some observations that Dr. Biever, the audiologist who’s worked with hearing loss patients for two decades, shared with me. She says that with this system, patients have the ability to control their sound environment in a way that those with good hearing do not—so much so that she is sometimes envious. How cool would it be to listen to a song without anyone in the room hearing it? “When I’m in the noisiest of rooms and take a call on my iPhone, I can’t hold my phone to ear and do a call,” she says. “But my recipient can do this.”

This paradox reminds me of the approach I’m seeing in the early commercial efforts to develop a brain-machine interface: an initial focus on those with cognitive challenges with a long-term goal of supercharging everyone’s brain. We’re already sort of cyborgs, working in a partnership of dependency with those palm-size slabs of glass and silicon that we carry in our pockets and purses. The next few decades may well see them integrated subcutaneously.“

“WikiLeaks has unleashed a treasure trove of data to the internet, exposing information about the CIA’s arsenal of hacking tools. Code-named Vault 7, the first data is due to be released in serialized form, starting off with “Year Zero” as part one. A cache of over 8,500 documents and files has been made available via BitTorrent in an encrypted archive. Password to the files is:

The documents reveal that the CIA worked with MI5 in the UK to infect Samsung smart TVs so their microphones could be turned on at will. Investigations were carried out into gaining control of modern cars and trucks, and there is even a specialized division of the CIA focused on accessing, controlling and exploiting iPhones and iPads. This and Android zero days enables the CIA to “to bypass the encryption of WhatsApp, Signal, Telegram, Wiebo, Confide and Cloackman by hacking the “smart” phones that they run on and collecting audio and message traffic before encryption is applied.” 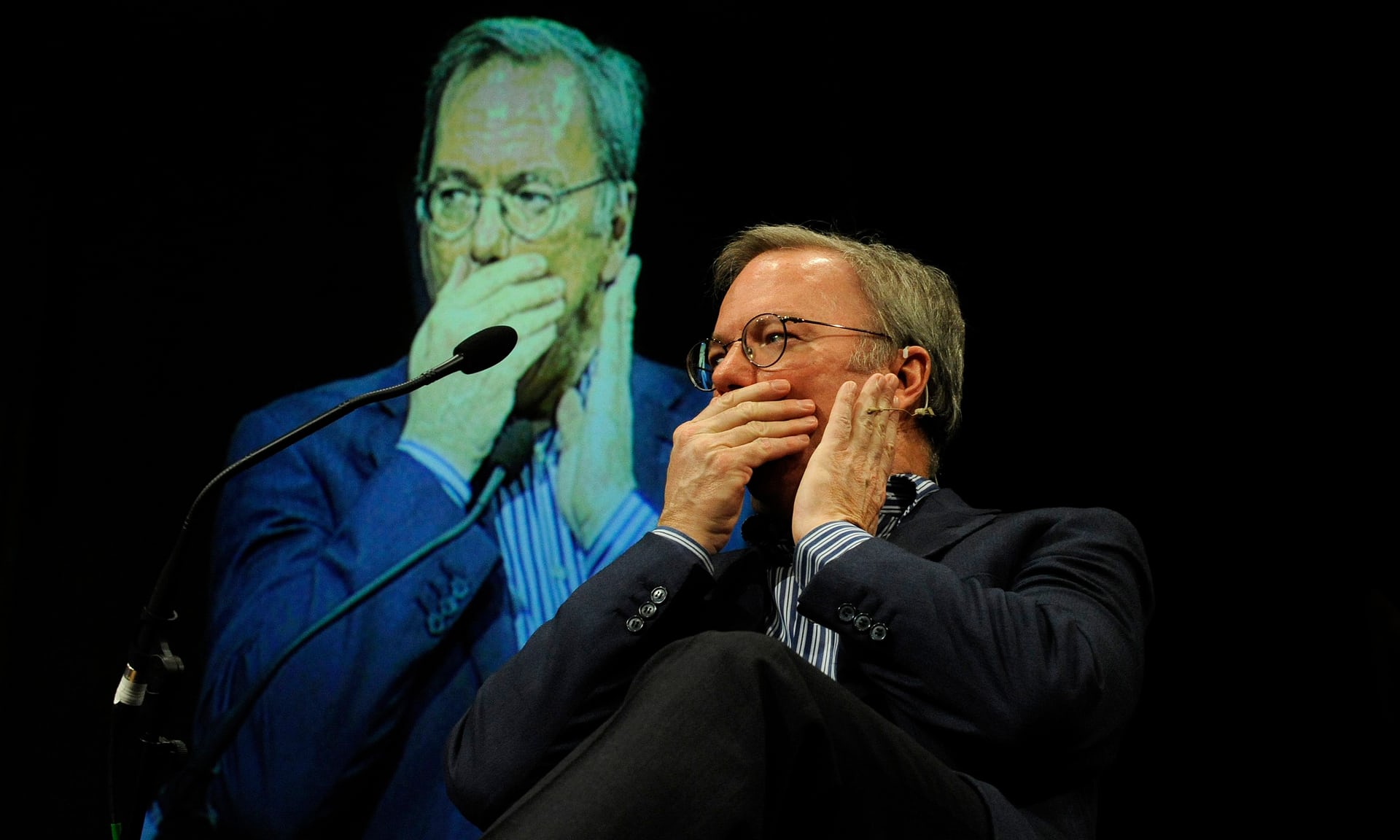 Who Pays the Price? The Human Cost of Electronics

“This short video reveals the hazards of the electronics industry in China profiling workers poisoned by chemicals and their struggle for compensation.

Thousands of young people in China enter export factories to make the West’s favorite electronic gadgets, only to find they have contracted occupational diseases or worse, leukemia, by the age of 25.”