On Friday, Facebook and Twitter shut down a network of fake accounts that pushed pro-Trump messages all while “masquerading” as Americans with AI-generated faces as profile photos.

QIn a blog post, Facebook said that it connected the accounts to a US-based media company called The BL that, it claims, has ties to Epoch Media Group. In August, NBC News first reported that Epoch Media Group was pushing messages in support of President Donald Trump across social media platforms like Facebook and Twitter. Epoch has extensive connections to Falun Gong, an eccentric Chinese spiritual community that has faced significant persecution from the country’s central government. In a statement provided to The Verge, the Epoch Times denied any connection to The BL.

Facebook noted that many of the fake accounts used in the latest campaign employed false profile photos that appeared to have been generated by artificial intelligence. Those accounts would post BL content in other Facebook groups while pretending to be Americans. Pro-Trump messages were often posted “at very high frequencies” and linked to off-platform sites belonging to the BL and The Epoch Times. The accounts and pages were managed by individuals in the US and Vietnam. Facebook said that it removed 610 accounts, 89 Facebook pages, 156 groups, and 72 Instagram accounts that were connected to the organization. Around 55 million accounts followed one of these Facebook pages and 92,000 followed at least one of the Instagram accounts. The organization spent nearly $9.5 million in advertisements, according to Facebook.

Twitter Took Phone Numbers for Security and Used Them for Advertising

When some users provided Twitter with their phone number to make their account more secure, the company used this information for advertising purposes, the company said today.

This isn’t the first time that a large social network has taken information explicitly meant for the purposes of security, and then quietly or accidentally use it for something else entirely. Facebook did something similar with phone numbers provided by users for two-factor authentication, the company confirmed last year. “We recently discovered that when you provided an email address or phone number for safety or security purposes (for example, two-factor authentication) this data may have inadvertently been used for advertising purposes, specifically in our Tailored Audiences and Partner Audiences advertising system,” Twitter’s announcement reads. In short, when an advertiser using Twitter uploaded their own marketing list of email addresses or phone numbers, Twitter may have matched the list to people on Twitter “based on the email or phone number the Twitter account holder provided for safety and security purposes,” the post adds.

“The senior Twitter executive with editorial responsibility for the Middle East is also a part-time officer in the British Army’s psychological warfare unit,” reports Middle East Eye:
The 77th Brigade uses social media platforms such as Twitter, Instagram and Facebook, as well as podcasts, data analysis and audience research to wage what the head of the UK military, General Nick Carter, describes as “information warfare”. Carter says the 77th Brigade is giving the British military “the capability to compete in the war of narratives at the tactical level”; to shape perceptions of conflict. Some soldiers who have served with the unit say they have been engaged in operations intended to change the behaviour of target audiences.

What exactly MacMillan is doing with the unit is difficult to determine, however: he has declined to answer any questions about his role, as has Twitter and the UK’s Ministry of Defence (MoD).

Responding to the article, the British army told Newsweek their brigade had no relationship with Twitter, “other than using Twitter as one of many social media platforms for engagement and communication.” And Twitter reminded Newsweek that “We proactively publish all tweets and accounts relating to state-backed foreign information operations on the service — regardless of the source. We built this industry-leading archive to promote better public understanding of these threats.”
Despite the assertions of Twitter and the British military, academics and researchers have said the division between the two is not so clear. David Miller — a professor of political sociology in the School for Policy Studies at England’s University of Bristol, who studies propaganda and public relations efforts concerning the British government — is one such academic. He told Newsweek he believes a link is there, adding that it was a “threat to our democracy.”

“I would say I know a good amount about army propaganda and ‘psyops’ operations as they’re called, but what is interesting is how little information we have 77th Brigade,” he said.” I suppose it means that all their work is covert, but what I would like to know is what they exactly are they doing? Are they just tracking accounts or are they trying to influence people’s views? What we do know is that their account itself is hidden by Twitter so we assume they are trying to influence people under the operatives’ own names. And because we know so little about exactly what they’re doing, we have to look elsewhere for clues for example.

The professor also argues that Twitter is deceiving us by “not acting as transparently as it could. If they are working with army personnel in this way, it is extremely damaging to our democracy. Given Twitter’s closure of accounts alleged to be used by foreign governments, it’s a very hypocritical stance of Twitter to take.”

In the United States, 10% of Twitter’s users create 80% of its tweets, according to a new study by the Pew Research Center:
The median user in the top 10% by tweet volume creates 138 tweets per month, “favorites” 70 posts per month, follows 456 accounts, and has 387 followers. By comparison, the median user in the bottom 90% of tweeters creates just two tweets per month, “favorites” one post per month, follows 74 accounts, and has 19 followers. And when asked to report how often they use the platform, fully 81% of these highly active tweeters say they do so every day; 47% of other Twitter users visit the platform with this regularity…

Twitter users also tend to have higher levels of household income and educational attainment relative to the general adult population. Some 42% of adult Twitter users have at least a bachelor’s degree — 11 percentage points higher than the overall share of the public with this level of education (31%). Similarly, the number of adult Twitter users reporting a household income above $75,000 is 9 points greater than the same figure in the general population: 41% vs. 32%.

“If you pull out your phone to check Twitter while waiting for the light to change, or read e-mails while brushing your teeth, you might be what the American Psychological Association calls a “constant checker.” And chances are, it’s hurting your mental health.

Last week, the APA released a study finding that Americans were experiencing the first statistically significant stress increase in the survey’s 10-year history. In January, 57 percent of respondents of all political stripes said the U.S. political climate was a very or somewhat significant source of stress, up from 52 percent who said the same thing in August. On Thursday, the APA released the second part of its 1 findings, “Stress In America: Coping With Change,” examining the role technology and social media play in American stress levels.

Social media use has skyrocketed from 7 percent of American adults in 2005 to 65 percent in 2015. For those in the 18-29 age range, the increase is larger, from 12 percent to a remarkable 90 percent. But while an increase in social media usage is hardly surprising, the number of people who just can’t tear themselves away is stark: Nowadays, 43 percent of Americans say they are checking their e-mails, texts, or social media accounts constantly. And their stress levels are paying for it: On a 10-point scale, constant checkers reported an average stress level of 5.3. For the rest of Americans, the average level is a 4.4.

If the first step toward recovery, however, is admitting there is a problem, Americans are on their way. Some 65 percent of respondents said “unplugging” or taking a “digital detox” is important. But alas, knowing you have a problem is not the same as fixing it: Only 28 percent of those Americans say they take their own advice.“ 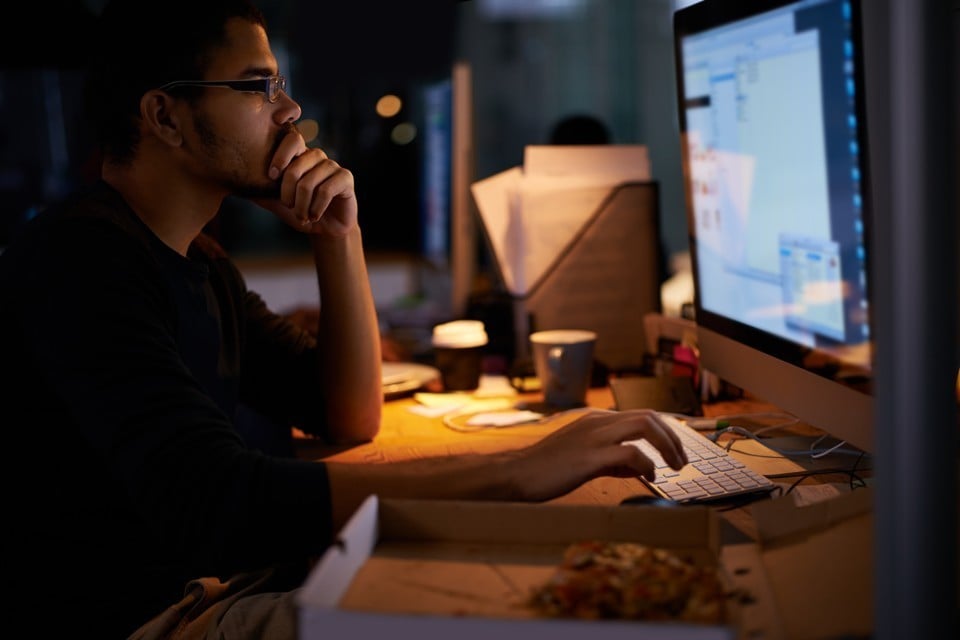 “Your browsing history alone can give away your identity”

“Researchers at Stanford and Princeton universities have found a way to connect the dots between people’s private online activity and their Twitter accounts—even for people who have never tweeted.

When the team tested the technique on 400 real people who submitted their browsing history, they were able to correctly pick out the volunteers’ Twitter profiles nearly three-quarters of the time.

Here’s how the de-anonymization system works: The researchers figured that a person is more likely to click a link that was shared on social media by a friend—or a friend of a friend—than any other random link on the internet. (Their model controls for the baseline popularity of each website.) With that in mind, and the details of an anonymous person’s browser history in hand, the researchers can compute the probability that any one Twitter user created that browsing history. People’s basic tendency to follow links they come across on Twitter unmasks them—and it usually takes less than a minute.

“You can even be de-anonymized if you just browse and follow people, without actually sharing anything.”