Addicted To Losing: How Casino-Like Apps Have Drained People of Millions

NBC News spoke to 21 people who said they were hooked on casino-style apps and had spent significant sums of money. The industry is almost entirely unregulated. From a report:
Shellz, 37, a nurse from Houston, spends at least two hours a day with her husband playing a casino-style smartphone game called Jackpot Magic. The app offers a variety of typical casino games to play, including their favorite, called Reel Rivals, a game in which players accrue points by playing a virtual slot machine. As in a real casino, players exchange money for coins to bet. Unlike in a real casino, there is no way to win money back or earn a payout on coins. But that has not stopped Shellz and her husband from spending about $150,000 in the game in just two years. She asked to use her in-game username so her family does not find out how much money they have spent on the game. “We lie in bed next to each other, we have two tablets, two phones and a computer and all these apps spinning Reel Rivals at the same time,” she said. “We normalize it with each other.” Jackpot Magic is an app made by Big Fish Games of Seattle, one of the leaders in an industry of “free-to-play” social games into which some people have plowed thousands of dollars. Big Fish Games also operates a similar app, Big Fish Casino. Both are labeled as video games, which allows the company and others like it to skirt the tightly regulated U.S. gambling market. But unlike the gambling market, apps like Jackpot Magic and Big Fish Casino are under little oversight to determine whether they are fair or whether their business practices are predatory.

NBC News spoke to 21 people, including Shellz and her husband, who said they were hooked on the casino-style games and had spent significant sums of money. They described feelings of helplessness and wanting to quit but found themselves addicted to the games and tempted by the company’s aggressive marketing tactics. Most of the 21 players wished to remain anonymous, as they were ashamed of their addictions and did not want their loved ones to find out about their behavior. A 42-year-old Pennsylvania woman said she felt saddened that she spent $40,000 on Big Fish Casino while working as an addiction counselor. “The whole time I was working as an addiction counselor, I was addicted to gambling and with no hope of winning any money back,” she said. Big Fish Games did not make anyone available for an interview, nor did the company respond to detailed questions. The company has said in previous court filings that only a fraction of the game’s players actually spend money. In a response to NBC News’ inquiries, the company issued a statement saying its games are not gambling and should not be regulated as su

Untold riches are promised on Mystery Brand, a website that sells prize-filled “mystery boxes.” If you buy one of the digital boxes, some of which cost hundreds of dollars, you might only get a fidget spinner — or you might get a luxury sports car. For just $100, users can win a box filled with rare Supreme streetwear. For only $12.99, they can win a Lamborghini, or even a $250 million mega-mansion billed as “the most expensive Los Angeles realty.” Or at least that’s what some top YouTubers have been telling their young fans about the gambling site — with the video stars apparently seeing that as a gamble worth taking, especially after a dip in YouTube advertising rates.

Over the past week, hugely popular YouTube stars like Jake Paul and Bryan “Ricegum” Le have encouraged their fans to spend money on Mystery Brand, a previously little-known site that appears to be based in Poland. In their videos, Paul and Le show themselves betting hundreds of dollars on the site for a chance to open a digital “box.” At first, they win only low-value prizes like fidget spinners or Converse sneakers. By the end of the video, though, they have won thousands of dollars worth of tech and clothing, like rare pairs of sneakers or Apple AirPods. If they like the prize, the YouTube stars have it shipped to their house.
The gambling site doesn’t list the owner or location where it’s based, although the site’s terms of service say it’s “subject to the laws and jurisdiction of Poland.” To make matters worse, users of the site might not even receive the items they believed they have won. “During using the services of the website You may encounter circumstances in which Your won items will not be received,” the terms of service reads.

Also, while the ToS say that underage users are ineligible to receive prizes, many of the YouTubers promoting the site have audiences who are underage. “[Jake Paul], for example, has acknowledged that the bulk of his fanbase is between 8 and 15 years old,” reports The Daily Beast. 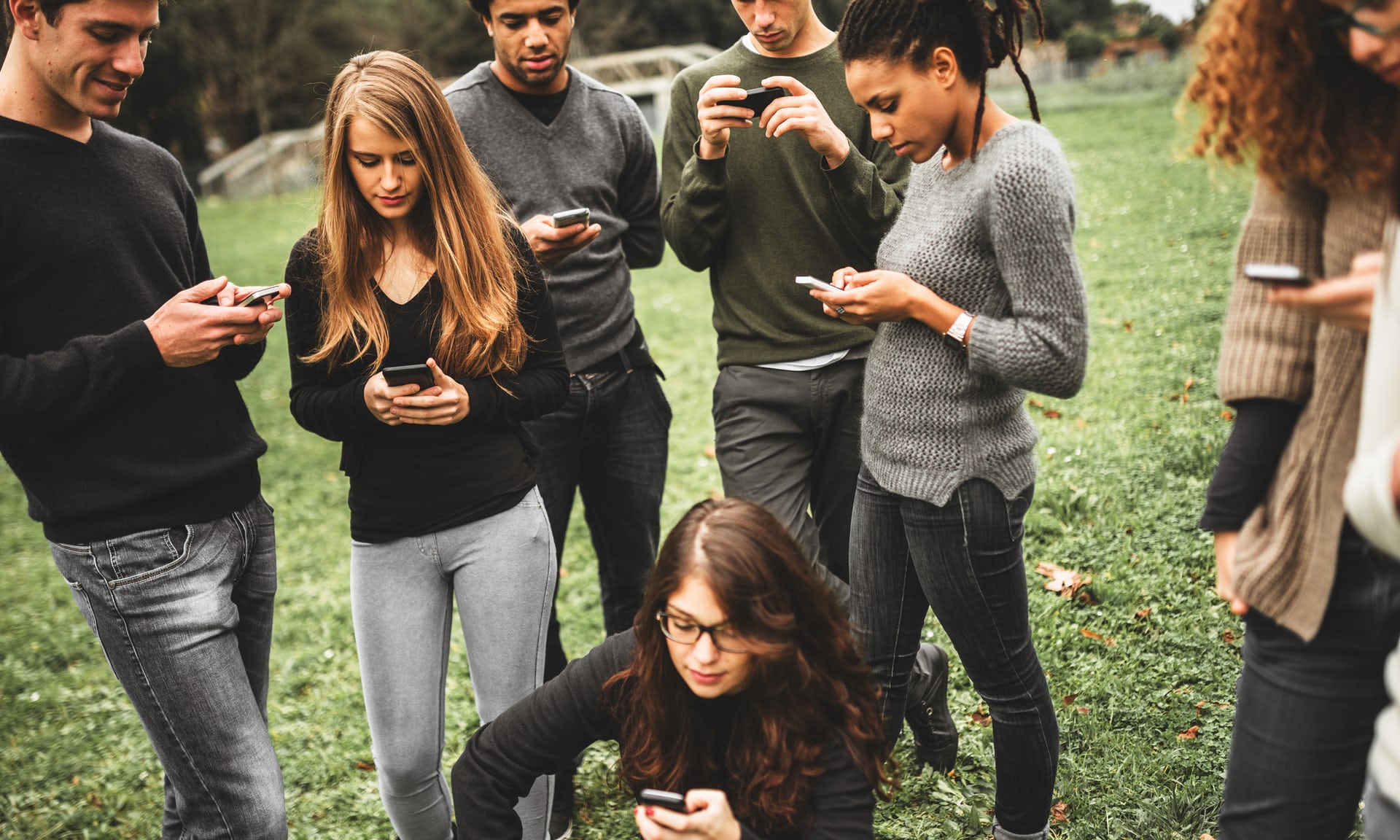 Social media platforms are using the same techniques as gambling firms to create psychological dependencies and ingrain their products in the lives of their users, experts warn.

These methods are so effective they can activate similar mechanisms as cocaine in the brain, create psychological cravings and even invoke “phantom calls and notifications” where users sense the buzz of a smartphone, even when it isn’t really there.

“Facebook, Twitter and other companies use methods similar to the gambling industry to keep users on their sites,” said Natasha Schüll, the author of Addiction by Design, which reported how slot machines and other systems are designed to lock users into a cycle of addiction. “In the online economy, revenue is a function of continuous consumer attention – which is measured in clicks and time spent.”

Whether it’s Snapchat streaks, Facebook photo-scrolling, or playing CandyCrush, Schüll explained, you get drawn into “ludic loops” or repeated cycles of uncertainty, anticipation and feedback — and the rewards are just enough to keep you going.

“If you disengage, you get peppered with little messages or bonus offers to get your attention and pull you back in,” said Schüll. “We have to start recognising the costs of time spent on social media. It’s not just a game – it affects us financially, physically and emotionally.”

The pull-to-refresh and infinite scrolling mechanism on our news feeds are unnervingly similar to a slot machine, said Tristan Harris, a former design ethicist for Google who has been described as the closest thing Silicon Valley has to a conscience.

“You pull a lever and immediately receive either an enticing reward (a match, a prize!) or nothing,” Harris wrote.

We cannot know when we will be rewarded, and more often than not we don’t find anything interesting or gratifying, much like gambling. But that’s precisely what keeps us coming back.

“The rewards are what psychologists refer to as variable reinforcement schedules and is the key to social media users repeatedly checking their screens,” said Dr Mark Griffiths, a professor of behavioural addiction and director of Nottingham Trent University’s International Gaming Research Unit.

“Social media sites are chock-a-block with unpredictable rewards. They are trying to grab users’ attentions … to make social media users create a routine and habitually check their screens.”

Like gambling, which physically alters the brain’s structure and makes people more susceptible to depression and anxiety, social media use has been linked to depression and its potential to have an adverse psychological impact on users cannot be overlooked or underestimated.

For instance, phone dependency, driven by high social-media usage, can lead us to think our phone is vibrating, or that we have received a message, even when we haven’t.

“Phantom calls and notifications are linked to our psychological craving for such signals,” said Professor Daniel Kruger, an expert in human behaviour, from the University of Michigan. “These social media messages can activate the same brain mechanisms as cocaine [does] and this is just one of the ways to identify those mechanisms because our minds are a physiological product of our brain.”

“There are whole departments trying to design their systems to be as addictive as possible. They want you to be permanently online and by bombarding you with messages and stimuli try to redirect your attention back to their app or webpage.”

Tech insiders have previously said “our minds can be hijacked” and that Silicon Valley is addicting us to our phones, while some have confessed they ban their kids from using social media.

However, the number of monthly active users of Facebook hit 2.13 billion earlier this year, up 14% from a year ago. Despite the furore around its data privacy issues, the social media monolith posted record revenues for the first quarter of 2018, making $11.97bn, up 49% on last year.

A key reason for this is because Facebook has become so entrenched in our lives: we can’t put it down.

Behavioural psychologist, Nir Eyal, the author of Hooked: How to Build Habit-Forming Products, has conceptualised how people become attached to social media.

“It starts with a trigger, an action, a reward and then an investment and its through successive cycles, through these hooks, that habits are formed. We see them in all sorts of products, certainly in social media and gambling. This is a big part of how habits are changed.”

Once a habit is formed something previously prompted by an external trigger, like a notification, email, or any sort of ring or ding, is no longer needed, Eyal remarked.

It is replaced or supplemented with an internal trigger meaning that we form a mental association between wanting to use this product and seeking to serve an emotional need.

“The products are built to be engaging and what’s engaging for some is addictive for others, that’s clear.”