Stare Into The Lights My Pretties > garbage

“The astronomical growth of food delivery apps in China is flooding the country with takeout containers, utensils and bags,” writes Raymond Zhong and Carolyn Zhang for The New York Times. “And the country’s patchy recycling system isn’t keeping up. The vast majority of this plastic ends up discarded, buried or burned with the rest of the trash, researchers and recyclers say.” From the report:

Recyclers manage to return some of China’s plastic trash into usable form to feed the nation’s factories. The country recycles around a quarter of its plastic, government statistics show, compared with less than 10 percent in the United States. But in China, takeout boxes do not end up recycled, by and large. They must be washed first. They weigh so little that scavengers must gather a huge number to amass enough to sell to recyclers. “Half a day’s work for just a few pennies. It isn’t worth it,” said Ren Yong, 40, a garbage collector at a downtown Shanghai office building. He said he threw takeout containers out.

Many people in urban China are using the delivery apps because “delivery is so cheap, and the apps offer such generous discounts, that it is now possible to believe that ordering a single cup of coffee for delivery is a sane, reasonable thing to do,” the report adds. 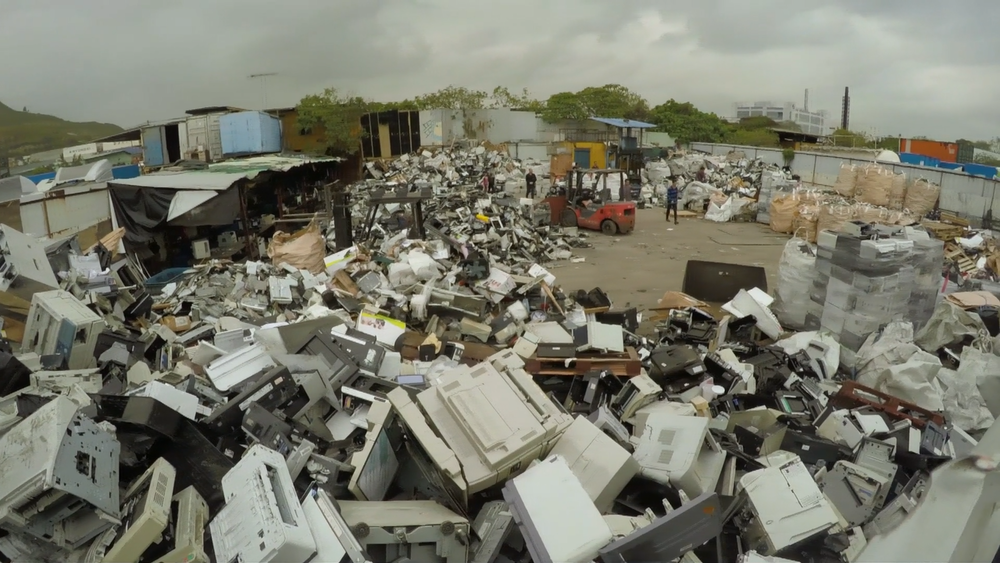