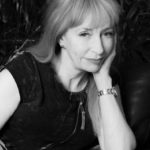 Susan Greenfield is a research scientist, author, broadcaster, and member of the United Kingdom House of Lords. Her work focuses on the neuroscience of consciousness and the impact of technology on the brain, along with research areas dealing with the treatment of Parkinson’s disease and Alzheimer’s disease. She is CEO and founder of Neuro-Bio Ltd, a biotech developing a novel treatment for neurodegenerative disorders.

Greenfield has held research fellowships in the Department of Physiology Oxford, the College de France Paris, and NYU Medical Center New York. She has been awarded 32 Honorary Degrees from British and foreign universities and in 2000 was elected to an Honorary Fellowship of the Royal College of Physicians. Further international recognition of her work has included the ‘Golden Plate Award’ (2003) from the Academy of Achievement, Washington, the L’Ordre National de la Légion d’Honneur (2003), from the French Government, and the 2010 Australian Medical Research Society Medal.