Woman is attacked on the street, bystanders stop to take selfies

“Shocking surveillance video shows the moment a Pittsburgh woman was knocked out cold by a man on a busy sidewalk — but that’s not the worst of it. The footage also shows the woman being beaten and robbed by bystanders — who proceed to take pictures of her, including selfies — as she lies unconscious on the ground.

A group of men can then be seen walking over to her — cellphones in hand, snapping pictures and video — as she lies unconscious on the sidewalk. Shortly after leaving, the men reportedly returned and began taking even more photos.”

The rise of big data policing

An excerpt from the book The Rise of Big Data Policing: Surveillance, Race, and the Future of Law Enforcement (2017): 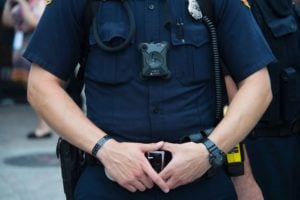 “Data-driven policing means aggressive police presence, surveillance, and perceived harassment in those communities. Each data point translates to real human experience, and many times those experiences remain fraught with all-too-human bias, fear, distrust, and racial tension. For those communities, especially poor communities of color, these data-collection efforts cast a dark shadow on the future.”