Police Bodycams Can Be Hacked To Doctor Footage, Install Malware

Josh Mitchell’s Defcon presentation analyzes the security of five popular brands of police bodycams (Vievu, Patrol Eyes, Fire Cam, Digital Ally, and CeeSc) and reveals that they are universally terrible. All the devices use predictable network addresses that can be used to remotely sense and identify the cameras when they switch on. None of the devices use code-signing. Some of the devices can form ad-hoc Wi-Fi networks to bridge in other devices, but they don’t authenticate these sign-ons, so you can just connect with a laptop and start raiding the network for accessible filesystems and gank or alter videos, or just drop malware on them.

The German Lifeguard Association (DLRG) has made a direct connection between children getting into difficulty in the water and parents being too busy on their mobile phones to notice. More than 300 people have drowned in Germany so far this year.

“Too few parents and grandparents are heeding the advice: when your children and grandchildren are in the water, put your smartphone away,” Achim Wiese, the DLRG’s spokesman, said. “We’re experiencing on a daily basis that people treat swimming pools like a kindergarten and simply don’t pay attention,” added Peter Harzheim of the German federation of swimming pool supervisors. “In the past, parents and grandparents spent more time with their children in the swimming pool. But increasing numbers of parents are fixated by their smartphones and are not looking left or right, let alone paying attention to their children,” he told German media. “It’s sad that parents behave so neglectfully these days.”

The organization also put some blame on the school system for not making swimming lessons required from an early age. “Budget cuts have also led to swimming pools shortening their opening times,” adds The Guardian. 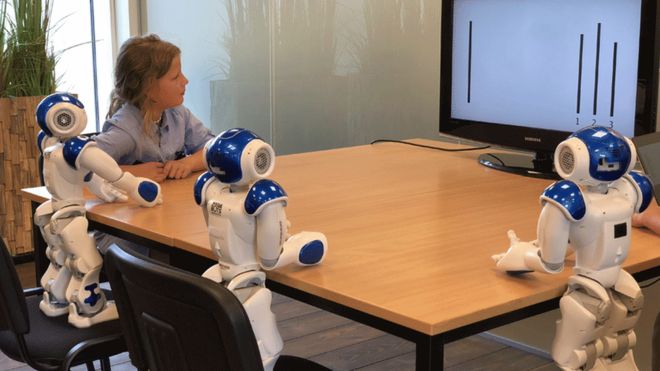