Stare Into The Lights My Pretties > 2019 > January

Overtourism is taking a toll across the globe, with closures of popular destinations in Thailand and the Philippines, and backlash from residents in cities like Venice and Barcelona. Closer to home, places like Bali, Byron Bay and parts of Tasmania have also been feeling pressure from skyrocketing visitors.

“The problem we’ve got is that we’re all congregating on the same places at the same time of the year,” says Justin Francis, CEO of the UK-based Responsible Travel.

Mr Francis says part of the problem is that the “ethos of travel” is changing: in the social media era, it’s now more about “where you want to be seen”. “Getting the photo and getting it on Instagram or Facebook is becoming the purpose of the trip — it’s the reason for going,” he says.

Travellers have also been drawn to places from their favourite films or TV shows, in a trend known as “set jetting”. 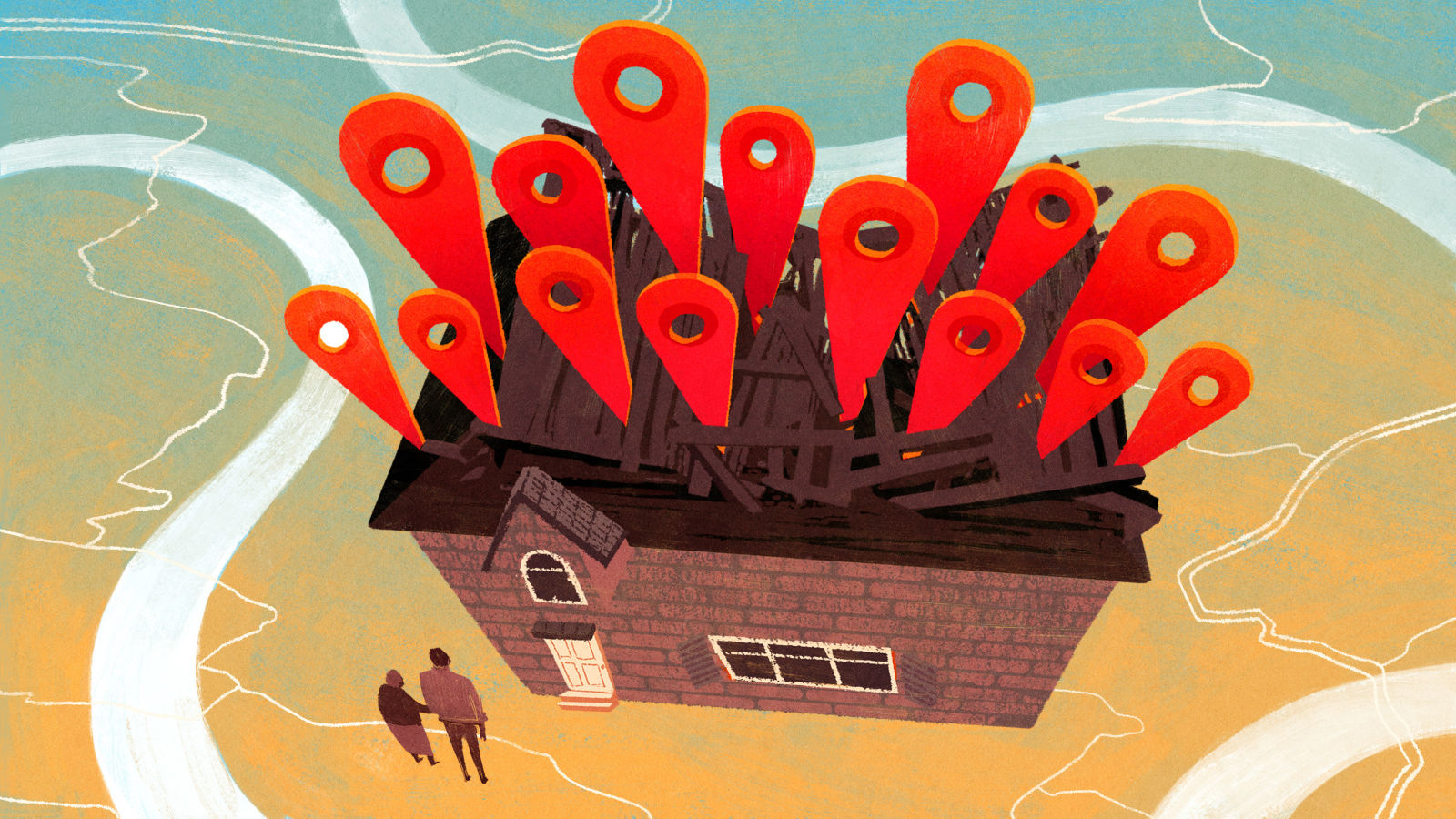 Have Smartphones Destroyed a Generation?

More comfortable online than out partying, post-Millennials are safer, physically, than adolescents have ever been. But they’re on the brink of a mental-health crisis.

Untold riches are promised on Mystery Brand, a website that sells prize-filled “mystery boxes.” If you buy one of the digital boxes, some of which cost hundreds of dollars, you might only get a fidget spinner — or you might get a luxury sports car. For just $100, users can win a box filled with rare Supreme streetwear. For only $12.99, they can win a Lamborghini, or even a $250 million mega-mansion billed as “the most expensive Los Angeles realty.” Or at least that’s what some top YouTubers have been telling their young fans about the gambling site — with the video stars apparently seeing that as a gamble worth taking, especially after a dip in YouTube advertising rates.

Over the past week, hugely popular YouTube stars like Jake Paul and Bryan “Ricegum” Le have encouraged their fans to spend money on Mystery Brand, a previously little-known site that appears to be based in Poland. In their videos, Paul and Le show themselves betting hundreds of dollars on the site for a chance to open a digital “box.” At first, they win only low-value prizes like fidget spinners or Converse sneakers. By the end of the video, though, they have won thousands of dollars worth of tech and clothing, like rare pairs of sneakers or Apple AirPods. If they like the prize, the YouTube stars have it shipped to their house.
The gambling site doesn’t list the owner or location where it’s based, although the site’s terms of service say it’s “subject to the laws and jurisdiction of Poland.” To make matters worse, users of the site might not even receive the items they believed they have won. “During using the services of the website You may encounter circumstances in which Your won items will not be received,” the terms of service reads.

Also, while the ToS say that underage users are ineligible to receive prizes, many of the YouTubers promoting the site have audiences who are underage. “[Jake Paul], for example, has acknowledged that the bulk of his fanbase is between 8 and 15 years old,” reports The Daily Beast.

According to a new study published in the journal EClinicalMedicine, the link between social media use and depressive symptoms in 14-year-olds may be much stronger for girls than boys. CNN reports:
Among teens who use social media the most — more than five hours a day — the study showed a 50% increase in depressive symptoms among girls versus 35% among boys, when their symptoms were compared with those who use social media for only one to three hours daily. Yet the study, conducted in the UK, showed only an association between social media use and symptoms of depression, which can include feelings of unhappiness, restlessness or loneliness. The findings cannot prove that frequent social media use caused depressive symptoms, or vice versa. The study also described other factors, such as lack of sleep and cyberbullying, that could help explain this association.

For the study, researchers analyzed data on 10,904 14-year-olds who were born between 2000 and 2002 in the United Kingdom. The data, which came from the UK Millennium Cohort Study, included information from questionnaires on the teens’ depressive symptoms and social media use. Depressive symptoms were recorded as scores, and the researchers looked at which teens had high or low scores. They found that on average, girls had higher depressive symptom scores compared with boys. The researchers also found that girls reported more social media use than boys; 43.1% of girls said they used social media for three or more hours per day, versus 21.9% of boys. The data showed that for teens using social media for three to five hours, 26% of girls and 21% of boys had depressive symptom scores higher than those who used social media for only about one to three hours a day.
As for the gender gap, Yvonne Kelly, first author of the study and professor of epidemiology and public health, believes it has to do with “the types of things that girls and boys do online.”

“In the UK, girls tend to more likely use things like Snapchat or Instagram, which is more based around physical appearance, taking photographs and commenting on those photographs,” she said. “I think it has to do with the nature of use.”

You might guess that a surefire way to make a hit video on YouTube would be to gather a bunch of YouTube megastars, film them riffing on some of the year’s most popular YouTube themes and release it as a year-in-review spectacular. You would be wrong.

The issue that upset so many YouTube fans, it turns out, was what the Rewind video did not show. To many, it felt like evidence that YouTube the company was snubbing YouTube the community by featuring mainstream celebrities in addition to the platform’s homegrown creators, and by glossing over major moments in favor of advertiser-friendly scenes.

If YouTube had been trying to create an accurate picture of its platform’s most visible faces, it would need to include bigots, reactionaries and juvenile shock jocks. A YouTube recap that includes only displays of tolerance and pluralism is a little like a Weather Channel highlight reel featuring only footage of sunny days — it might be more pleasant to look at, but it doesn’t reflect the actual weather.

It’s Getting Harder to Spot a Deep Fake Video

Fake videos and audio keep getting better, faster and easier to make, increasing the mind-blowing technology’s potential for harm if put in the wrong hands. Bloomberg QuickTake explains how good deep fakes have gotten in the last few months, and what’s being done to counter them.

Some of the most popular apps for Android smartphones, including Skyscanner, TripAdvisor and MyFitnessPal, are transmitting data to Facebook without the consent of users in a potential breach of EU regulations.

In a study of 34 popular Android apps, the campaign group Privacy International found that at least 20 of them send certain data to Facebook the second that they are opened on a phone, before users can be asked for permission. Information sent instantly included the app’s name, the user’s unique ID with Google, and the number of times the app was opened and closed since being downloaded. Some, such as travel site Kayak, later sent detailed information about people’s flight searches to Facebook, including travel dates, whether the user had children and which flights and destinations they had searched for. European law on data-sharing changed in May with the introduction of General Data Protection Regulation and mobile apps are required to have the explicit consent of users before collecting their personal information.

As smartphones and internet connections rise in Africa, so does entertainment streaming

Netflix signaled its interest in Africa by hiring a content producer for the region and took on the MultiChoice, the continental satellite TV giant owned by Naspers, Africa’s most valuable company. The Los Gatos, California company spooked MultiChoice with everything from trolling online ads to billboards placed conspicuously close to their Johannesburg headquarters. MultiChoice has clearly taken notice and has called for Netflix to be regulated