“Faceless” recognition can identify you even when you hide your face

“With widespread adoption among law enforcement, advertisers, and even churches, face recognition has undoubtedly become one of the biggest threats to privacy out there.

By itself, the ability to instantly identify anyone just by seeing their face already creates massive power imbalances, with serious implications for free speech and political protest.” 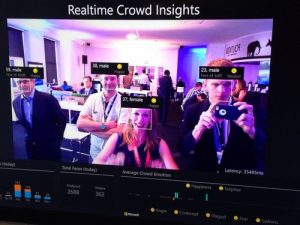 “But more recently, researchers have demonstrated that even when faces are blurred or otherwise obscured, algorithms can be trained to identify people by matching previously-observed patterns around their head and body.

In a new paper uploaded to the ArXiv pre-print server, researchers at the Max Planck Institute in Saarbrücken, Germany demonstrate a method of identifying individuals even when most of their photos are un-tagged or obscured. The researchers’ system, which they call the “Faceless Recognition System,” trains a neural network on a set of photos containing both obscured and visible faces, then uses that knowledge to predict the identity of obscured faces by looking for similarities in the area around a person’s head and body.”

“In the past, Facebook has shown its face recognition algorithms can predict the identity of users when they obscure their face with 83% accuracy, using cues such as their stance and body type. But the researchers say their system is the first to do so using a trainable system that uses a full range of body cues surrounding blurred and blacked-out faces.”