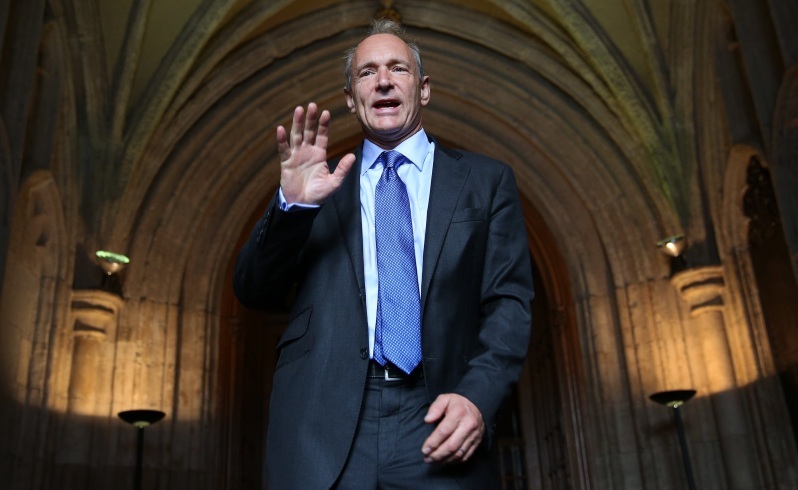 Inventor of World Wide Web warns of threat to internet

“Tim Berners-Lee, a computer scientist who invented the web 25 years ago, called for a bill of rights that would guarantee the independence of the internet and ensure users’ privacy.

“If a company can control your access to the internet, if they can control which websites they go to, then they have tremendous control over your life,” Berners-Lee said at the London “Web We Want” festival on the future of the internet.

“If a Government can block you going to, for example, the opposition’s political pages, then they can give you a blinkered view of reality to keep themselves in power.”

“Suddenly the power to abuse the open internet has become so tempting both for government and big companies.”