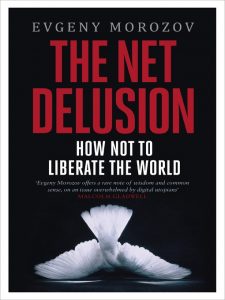 “The revolution will be Twittered!” declared journalist Andrew Sullivan after protests erupted in Iran. But as journalist and social commentator Evgeny Morozov argues in The Net Delusion, the Internet is a tool that both revolutionaries and authoritarian governments can use. For all of the talk in the West about the power of the Internet to democratise societies, regimes in Iran and China are as stable and repressive as ever. Social media sites have been used there to entrench dictators and threaten dissidents, making it harder—not easier—to promote democracy.

Marshalling a compelling set of case studies, The Net Delusion shows why the cyber-utopian stance that the Internet is inherently liberating is wrong, and how ambitious and seemingly noble initiatives like the promotion of “Internet freedom” are misguided and, on occasion, harmful.