The Codes of Advertising 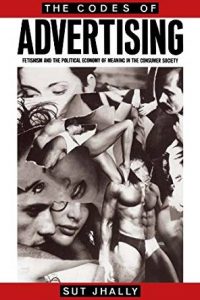 This book examines the commercial speech of advertising as a cultural phenomenon whose social significance far exceeds its economic influence. Jhally argues that by selling viewing time to advertisers, television converts audiences into laborers who “work” for the media in the same way that workers do in a factory. By watching commercial messages on TV, viewers actively create symbolic meaning, but also generate profit for the media in return for the wage of entertainment.